On behalf of Kilmallock GAA Club we extend our deepest sympathies to the family of the late Tom O’Donnell who passed away on Tuesday 23rd April 2019.

Tom was a legend of the Kilmallock hurling teams of the 1950s and 1960s. As a young boy he played and excelled in the harsh environment of the Knocksouna Winter Leagues. He quickly progressed to play with the Kilmallock Junior team and developed into a top class hurler. His great all-round ability, his stickwork combined with unnatural strength made him the most formidable of opponents.

In 1956, Tom O’Donnell lined out at number six and Kilmallock won the County Junior title. This was a milestone for our club now we were playing against the elite clubs in the Senior Championship.

In 1957 Tom captained the Limerick Junior Hurling team to win the Munster and then the All-Ireland titles and to this day he is the only Kilmallock man to lift any Munster and All-Ireland trophy as Captain – and in the same year – further cementing his place in the record books.

Tom O’Donnell was now club captain – a position he would hold until 1962. In 1960 we celebrated our proudest day in the history of the club when we captured our first County Senior HurlingChampionship. We beat Claughaun, a team of inter-county stars, on a scoreline of 4-5 to 0-4.

When the town didn’t burn down that night it never will. There were bonfires at every crossroad and the streets were packed with cheering supporters . The team was brought to the ‘Cross of Kilmallock’ to meet the crowd and the singing could be heard for miles around. Fr. Culhane introduced our captain with the immortal words “we don’t have the great Nick O’Donnell of Wexford but we have just as good in Tom O’Donnell” This will give you an idea of the esteem that our captain was held at that time.

Tom O’Donnell played at full-back for a further seven years. Along the way the team was beaten in the 1961 county semi- final by one point and reached the county final again in 1962. Up eleven points at half-time we ended up losing by two points. Tom was badly injured in this match when he suffered a punctured lung. Tough as teak, he was back again in 1963 to win the County Cup. He won his second Senior Hurling Championship medal in 1967.

Sadly this was the last time that he played for the club. He emigrated to London in ’67 where he continued his hurling career with St. Mary’s lining out with his brother Cal.

(On this sad occasion we must also remember Cal who passed away in the recent months. Cal idolised his brother Tom and we are sure that there’s some tussling for sliotars between them as they team up once again).

In 1980s Tom, and his wife Bridie, returned to The Green Raod. In 1992 he was awarded The Hall of Fame for his contributions to Kilmallock Hurling teams down through the years.

This is a sad time for all hurling supporters and an especially sad time for his family –  his son John, daughter-in-law Janet, sisters Nellie, Ann, Mary and Bibby, sister-in-law Catherine and his sister-in-law Ann next door, Brothers-in-law Bobby, Eddie and Denis, grandchildren Daniel, Ashleigh, Rachel, Charlotte and Laura and great-grandchild Rhian, nephews, nieces, grandnephews, grandnieces, cousins, relatives, kind neighbours and a large circle of friends.

As a man he was humble and honest – quietly spoken.

As a hurler he was a warrior, a tower of strength.

This is how we will remember him.

This is how we will remember Our Great Captain. 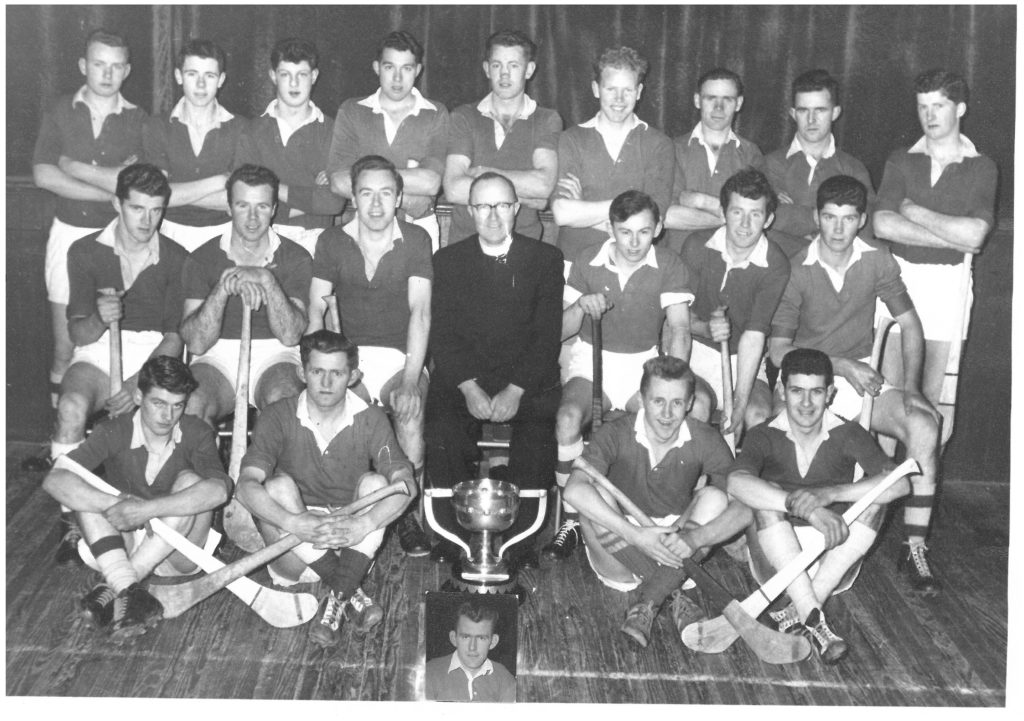 Tom O’Donnell in the centre of the back row flanked by TJ Hanley and Jim Millea after winning the 1960 Senior Hurling title. 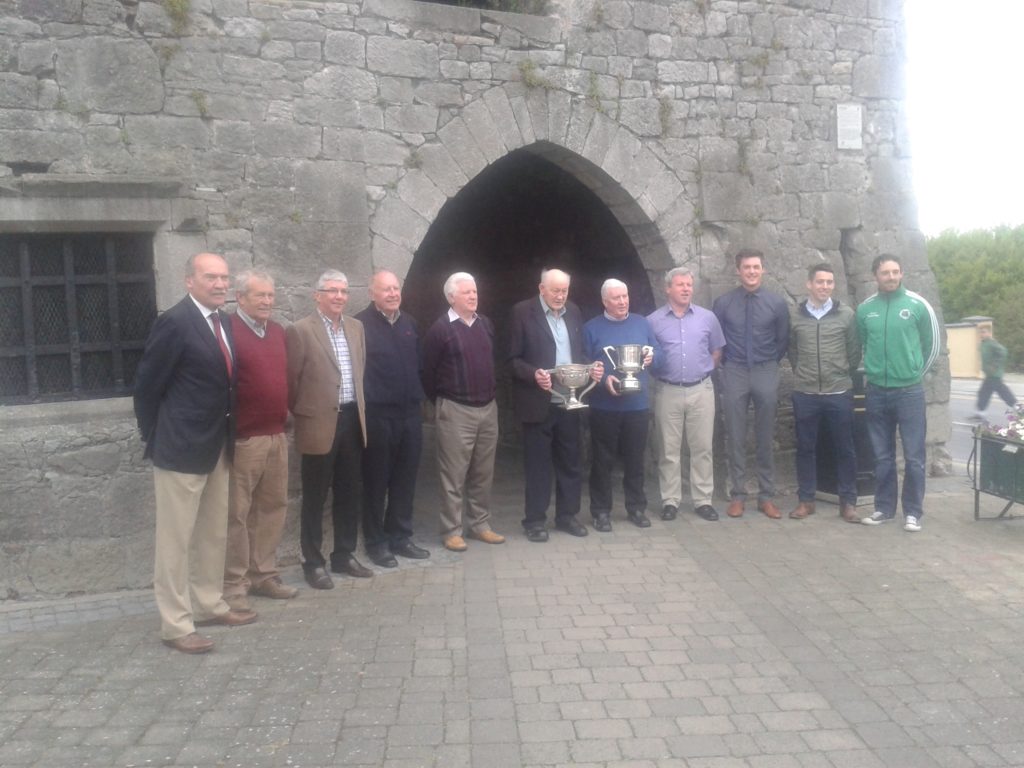 Tom O’Donnell holding the Daly Cup with the 10 captains that followed in his giant-sized footsteps.