Like so many young people of his era he had to emigrate to find work and he headed for Birmingham where he worked as a bus driver. He continued his hurling career here and he played for Dr. Crokes, lining out with his fellow Kilmallock men – Mick Galvin and Pat O’Rourke.

In the early 60s he returned to Kilmallock and played with the club in Junior Hurling and Football. In 1967 Pa O’Donnell was a member of the panel that won the Senior Hurling Championship. He was a brilliant, skillful Gaelic footballer and played with Knocksouna and Kilmallock Junior football teams, winning many South titles. In 1969 he was on the team that lost to Monaleen in the County Senior Football final.

Pa returned to England in 1970, this time to London and here he hurled with Brother Pearse’s – also on this team was Frankie Birrane. Pa finally returned home to Gortboy in the mid-70s.

Pa O’Donnell was one of the great characters of Kilmallock. His quick wit was legendary and his rendition of “Blue Suede Shoes” and many other Elvis Presley numbers often ‘brought the house down’. He will be remembered as a true Kilmallock Man and all supporters of Kilmallock GAA club will remember him fondly. He will be missed.

Sincere condolences from all at Kilmallock GAA Club to his sisters – Nora Theresa, Bernadette, Bridget and Joan, to his brothers Ronnie, Michael and Teddy, and to all his extended family and to his many, many friends. 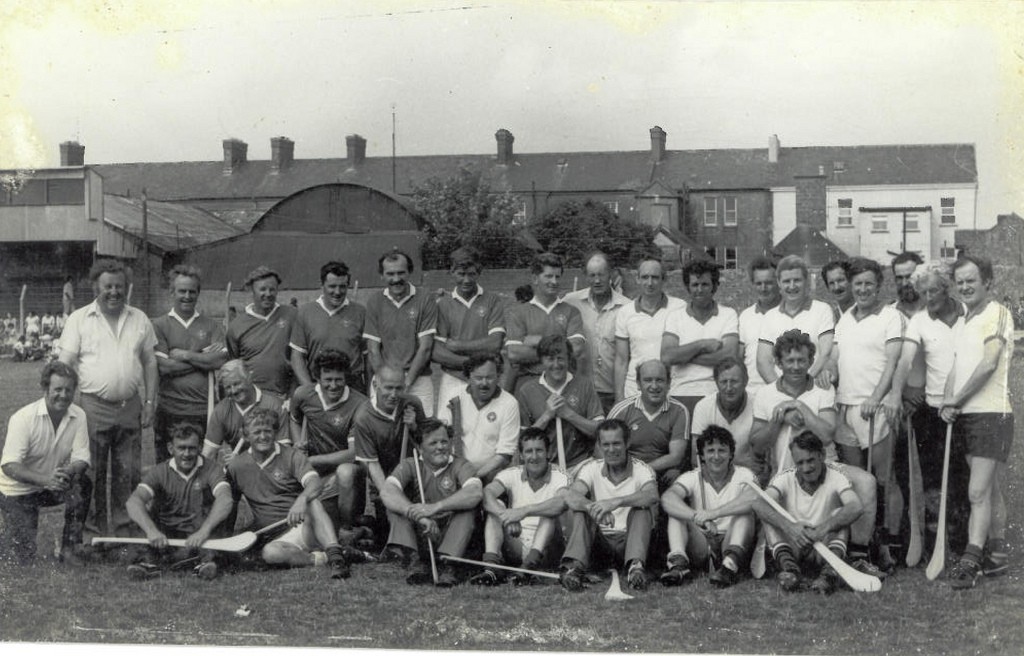 Pa O’Donnell, in the middle of the front row – socks down around his ankles with his trademark smile – lined out in the exhibition game to mark Centenary Year 1984 at Páirc Seán MhicGearailt, Kilmallock