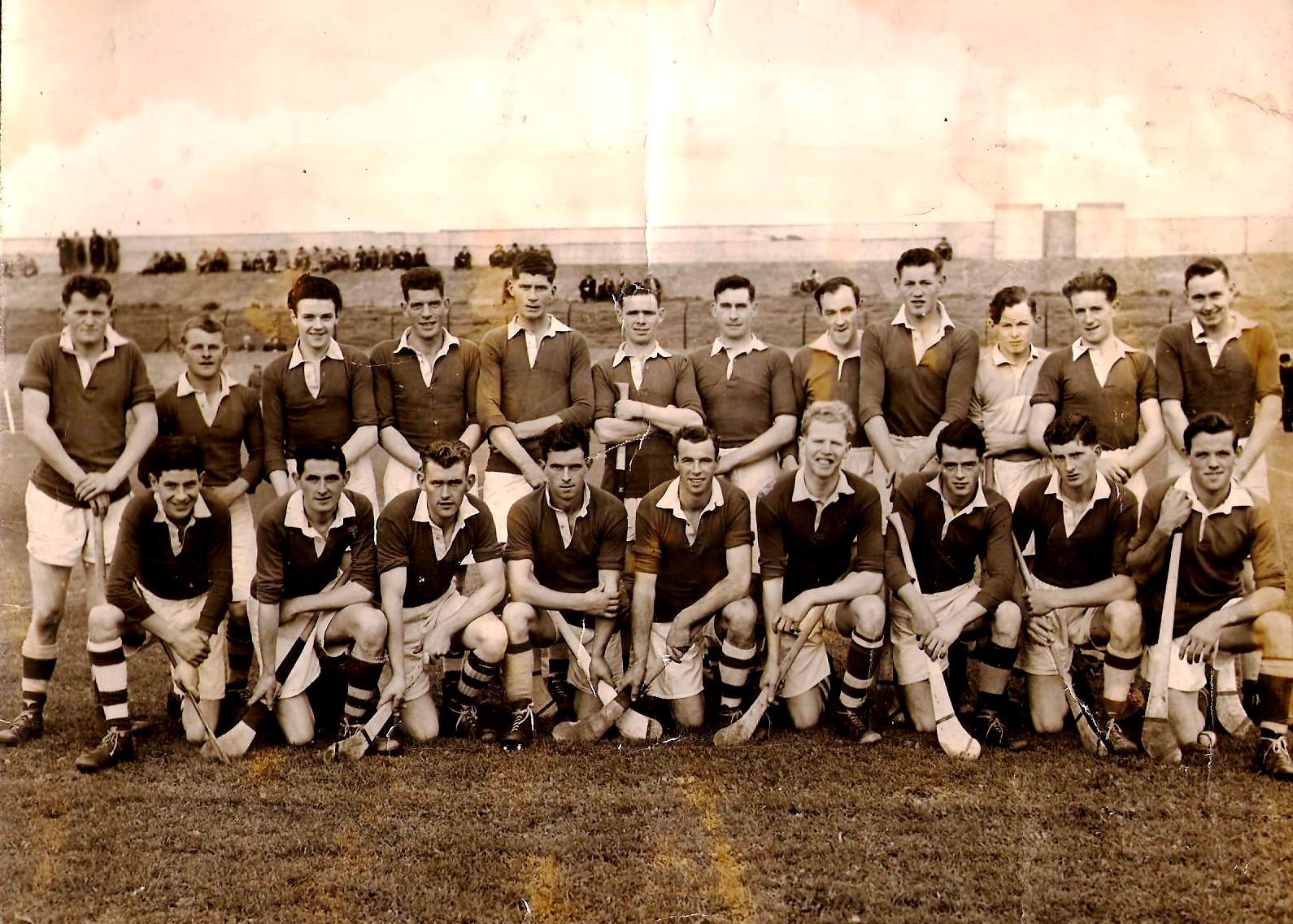 Kilmallock GAA club would like to extend our sympathies to the family of the late Michael Murphy who passed away recently. Michael was an  ever-present member of Kilmallock hurling teams through the 50s and served as Treasurer of the club in 1953, 1954 and 1955. Michael lined out for Limerick Minors in 1949 in a championship match against Waterford He first played Junior Hurling in 1951 and played in the South Final in 1954 when Kilmallock beat Hospital 7-8 to 3-4. In the County Final of the same year Kilmallock lost to Feoghanagh – the score was 5 goals and 4 points to Kilmallock’s 5 goals on a day that will be only remembered for the hours of torrential rain that preceded, and continued right through, the game. Michael was on the panel for the Limerick Junior team in 1955.

In 1956, Michael captained Kilmallock to victory in the Junior County Final. Kilmallock beat South Liberties on a scoreline of 13 goals and 8 points to 1 goal and 2 points. Michael Murphy lined out at mid-field;he was a strong and physical, no-nonsense hurler. He lead by example with a blend of hurling skills and strength. He lined out for the Limerick Junior Hurling team again in 1957 in a game against Waterford, played in Kilmallock. Michael played Senior hurling with the club up to 1959.

To Michael’s wife Margaret, his daughter Anne-Marie, his sons Noel and Declan, his grandchildren, his brother and sisters and his extended family and friends we would like to assure you that Michael Murphy will be remembered wherever hurling and Kilmallock hurling is discussed. He lead the club from Junior to Senior in 1956 and laid the groundwork for more great days in the 1960s and the 1970s.