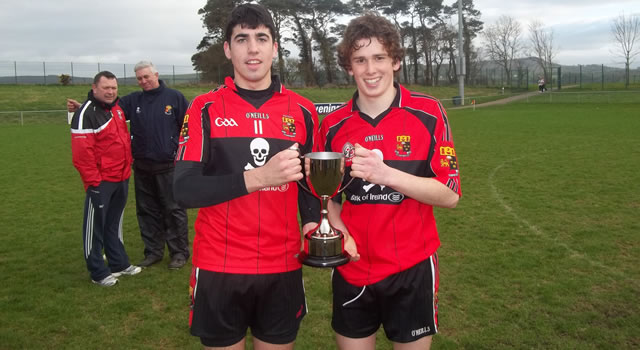 Congratulations to Aaron Costello and Jake Mulcahy both hugely influential in UCC’s victory in the All-Ireland Freshers Hurling Final on the 8th March last, the game played in Mallow.

Trailing 3-7 to 0-11 at half-time UCC limited UL to just four points in the second half and in the end pulled away with all lines of defence and attack contributing to a tremendous team performance.

Aaron and Jake collected their All-Ireland Winners medals at an awards ceremony on 25th April 2012.